What is Neurodiversity? Definition and Resources for Teachers, Counselors and Schools 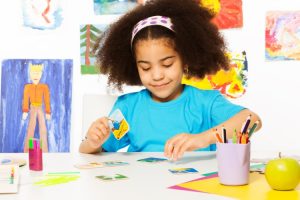 Among children and adolescents, diagnoses such as autism, dyslexia and ADHD are fairly routine. For example, data from the Centers for Disease Control and Prevention (CDC) shows that about one out of every 54 kids is diagnosed with an autism spectrum disorder. This represents a significant portion of the adolescent population, and also the population of the average public school system.

These and similar conditions are frequently regarded as “abnormalities” of the brain. A new movement, called the neurodiversity movement, is seeking to change the negative view that often follows people who have these conditions. Instead, the movement redefines these “abnormalities” as variations of brain functionality. The goal is to eliminate the stigma that surrounds these diagnoses and foster self-esteem and resilience.

In this article, we’ll take a closer look at neurodiversity and examine its implications for therapeutic practice and child development.

What is the best definition of neurodiversity?  What are the concept’s origins?

In the 1990s, sociologist Judy Singer rejected the notion that people with autism are “disabled.” (Singer herself identifies on the autism spectrum.) She advocated for the proposition that the autistic brain simply works differently from non-autistic brains.

Neurodiversity is a scientific concept arising from brain imaging. A number of brain studies have shown that people with learning or thinking differences are “wired” differently than their peers. In other words, some children are born with brains that think, learn and process information differently than others. The term neurodiversity has since come to include not just autism, but other neurological conditions as well.

Neurological differences can pose challenges for children, particularly in classrooms. For example, children with dyslexia may have a harder time learning to read, take notes or sit for standardized testing. The neurodiversity movement sees dyslexia and other issues as normal variations in brain functionality. In this view, there is nothing “wrong” with children who have these differences.

Someone who is neurotypical has a brain that works according to the “normal” standards of our society.

To learn more about neurodiversity, consider the following resources.

The Benefits of Neurodiversity for Children

A core objective of neurodiversity is to de-stigmatize different kinds of brain functionality, offering a framework for celebrating variations in how children think, learn and process information. This positive perspective can benefit children in school.

The bottom line is that neurodiversity offers benefits to people not only in childhood but also as they transition into adulthood.

When working with neurodivergent students, educators may need to adapt their classroom strategies. The neurodiversity movement has advanced the development of various pedagogical approaches, none more widely affirmed than the strategy of universal design.

What Is Universal Design?

Universal design is based on the notion that a classroom should be accessible to everyone, and that a teacher’s instructional style should accommodate everyone in the classroom without the need for special adaptation. In other words, universal design is about creating an education environment that works well for both the neurotypical and the neurodivergent, without the need for teachers to vary their approach from one student to the next.

In considering universal design and other pedagogical strategies for neurodiverse students, these resources may prove helpful.

Following are some specific aspects of neurodiversity-based counseling.

The neurodiversity movement is all about celebrating diversity and encouraging people whose brains work differently. Through a neurodiversity-based framework, teachers can more effectively address a wide range of learning needs, and counselors can prepare their students for life beyond high school.