The Issue of Stigma in Mental Health

Of the nearly eight million people in the U.S. who suffer from severe mental illness, it is estimated that nearly half of those cases go untreated. Why? As a mental health professional, you know that mental health issues are just as dangerous as illnesses like cancer or diabetes, so why aren’t we treating them that way? 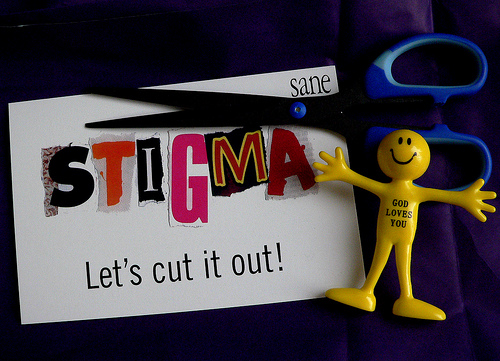 Unfortunately, our culture has a long history of stigmatizing mental illness and those afflicted with it. We view victims of depression, anxiety, and a host of other disorders as having some sort of “otherness” about them, and we reject them. Our healthcare system has also turned a blind eye, with few insurance plans that provide adequate coverage for those among us who need treatment for our minds as well as our bodies.

As a result, many who suffer from mental illness don’t receive the treatment they need. Perhaps it’s because they can’t afford it, or because they’re reluctant to even get diagnosed for fear of being ostracized. No matter the reason, we’re losing family members, friends, coworkers, and acquaintances to serious, but ultimately treatable illnesses.

As you finish your initial education and training as a mental health professional, you’ll be dealing with mentally ill people on a regular basis. In that role, it will fall to you to support your patients by taking up the fight against the stigmatization of mental illness. Counselors affect change every day, simply by listening to their clients and trying to truly see and understand them for who they are. Empathy will be your greatest weapon against the shame victims feel as a result of the social stigma that surrounds mental illness.

Further, mental health professionals must avoid viewing themselves as champions of those who can’t help themselves. Instead, counselors battle stigma by guiding patients to realize their strengths and ability to heal, defying the notion that sufferers of mental illness are somehow inferior to “normal” people.

Counselors can also deter stigma by striving to educate others. Not everyone is interested in becoming a mental health professional, but when one in four families includes someone who suffers from mental illness, it’s helpful to share important information whenever possible. Handing out literature, giving presentations, and organizing mental health awareness events are just some of the ways you can help educate the public on mental health.

Fortunately, change is on the horizon. Many public figures, including celebrities and President Obama, have come out in support of ending the stigmatization of mental illness. Organizations such as Bring Change 2 Mind and the National Alliance on Mental Illness fight tirelessly to change the conversation about mental health to one of acceptance and urgency: Help the afflicted receive proper treatment without fear of being shamed.

Of course, the fight is far from over. Ending social stigmatization is one thing, but the next battle will be fought on Capitol Hill, where mental healthcare reform has had trouble getting off the ground. Still, we’re making progress. Your education is but one tool you can use against those who continue to stigmatize the mentally ill.