Poverty and Mental Health: How Counselors Can Help

The correlation between poverty and mental 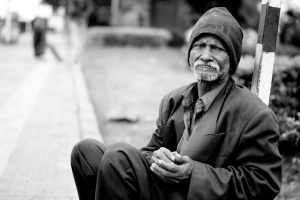 health disorders is a fairly new phenomenon for researchers. Despite high rates of both poverty and mental health conditions throughout the world, scientists and mental health experts really only started exploring the possible connection between the two just under 25 years ago.

Since then, evidence suggests that, at the very least, there is a connection between the two. Those living in poverty are at a higher risk for mental illnesses, and they also report lower levels of happiness.

In fact, a study by the World Health Organization indicates that “the world’s most ruthless killer and the greatest cause of suffering on earth is extreme poverty,” a finding that emphasizes the correlation between poverty and its effect on mental health.

The Link Between Poverty and Mental Health

Poverty is a multidimensional phenomenon that encompasses a lack of ability to satisfy basic needs, resources, education, and physical and mental health.

“I don’t think society understands the cycle created by having a mental illness and living on the lowest of incomes,” a woman suffering from bipolar disorder named Mandy told CNA Harriet Tinka. “It is difficult to respond to my family needs. Every day is spent working out which bill l have to pay and which l can delay another month or so. It is so draining and stressful.”

While having a stable income is not a guarantor of mental health, it’s clear that there are distinct correlations between mental health and economic status.

“You don’t have to live in poverty to experience mental health problems,” Dean Burnett writes in The Guardian. “Many wealthy, successful types have succumbed to them. But poverty is a much bigger risk factor for mental health problems, in the same way, that smoking is a bigger risk factor for lung cancer. Not every smoker gets lung cancer, and non-smokers are not immune to it, but smoking makes it far more likely.”

But why is this?

Counselors and other mental health experts agree that there are a number of risk factors present when living in poverty that contributes to a decline in mental health.

“Living in poverty for any significant length of time increases all sorts of risk factors for health and mental health problems,” writes John M. Grohol, Psy.D. “You are more stressed, worrying about money constantly, and how you’re going to pay the bills or have enough money to eat. You eat worse because bad, processed food is so often cheaper than nutritional food. If you can still afford to live on your own, you will likely do so in a neighborhood more prone to violence, exposing you to more trauma and risk for personal violence.”

The problem isn’t unique to the United States. In a 2010 review of 115 studies spanning 33 countries across the developed and developing worlds, 79 percent of studies reported positive associations between poverty and mental health disorders. The studies noted that among people living in poverty, mental illnesses were more severe, lasted longer and tended to have worse outcomes.

What is unclear to scientists, however, is whether poverty is caused by mental illness or vice versa.

“There is no easy answer,” psychologist Crick Lund of the University of Cape Town writes. “Mental illness is never caused by just one thing. Poverty can be one factor that interacts with genetics, adverse life events, or substance abuse.”

Scientists can’t experimentally plunge people into poverty to examine their mental health, but there are numerous studies that indicate that job loss and economic strain show a rise in rates of depression.

Because there is no one single cause of mental illness, it’s difficult to ascertain what kind of prevention and intervention would be the most effective.

A recent study by Johannes Haushofer and Jeremy Shapiro entitled “The Short-Term Impact of Unconditional Cash Transfers to the Poor: Experimental Evidence From Kenya” found that when families in Kenya were given cash grants that doubled their yearly income, individuals reported higher levels of life satisfaction and lower levels of depression than they did before they received the cash influx.

Haushofer adds that this kind of experimentation has been done before with similar results. A 2016 study of Swedish lottery winners found that these individuals used fewer anti-anxiety medications and sleeping pills after their windfall, which might suggest that they became happier and more mentally sound.

Although these kinds of cash-transfer programs have shown promising short-term improvements in individuals’ mental health, there has yet to be evidence-based research that these improvements persist in the long term.

“Programs that primarily aimed at alleviating poverty had varied outcomes but generally were not markedly successful in decreasing the mental health problems of the target populations,” writes Esther Entin in The Atlantic.

Entin goes on to argue that mental health intervention programs do seem to help.

“The researchers saw more improvement when they looked at the impact of intervention programs aimed at improving the mental health of people living in poverty,” Entin writes. “The interventions they reviewed varied from the administration of psychiatric drugs, to community-based rehabilitation programs, to individual or group psychotherapy, to residential drug treatment, to family education. 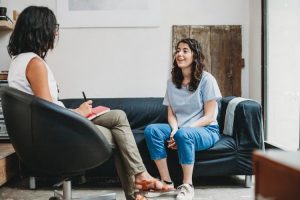 They also looked at the impact of mental health help on the rate and duration of employment and on family finances. Here they found financial situations improved as their mental health improved.”

This is where counselors can step in to help. According to the Presidential Task Force on Psychology’s Contribution to End Homelessness, there are a number of things mental health experts can do in order to combat poverty while also improving the mental health of their clients.

In order to effectively work with these at-risk populations, counselors and other mental health experts can help to create mental health education programs for service providers, charitable groups, community volunteers and the public — helping to dispel the stigma that poverty carries with it and best help marginalized populations.

Counselors can also opt to work for programs that offer mental health services to low-income populations. These can include public assistance programs, government work, nonprofits, or offering a flexible payment option for clients who may not have the means to afford typical counseling rates.

For those who have an interest in helping alleviate the stresses of poverty while also helping clients overcome mental health disorders, Wake Forest University’s online Master’s in Counseling program gives graduates the skills necessary to navigate these difficult topics.

The Rise of the Non-Profit: How Counselors Can Help Solve Problems in their Communities
The Role of the Counselor in Addiction Recovery

NPR.org, “Can Poverty Lead To Mental Illness?”
Cambridge.org, “Poverty, social inequality and mental health”
LinkedIn, “Poverty and Mental Health: A Toxic Correlation”
The Guardian, “Mental illness and poverty: you can’t tackle one without the other”
Psychcentral.com, “The Vicious Cycle of Poverty and Mental Health”
National Library of Medicine, “Poverty and common mental disorders in low and middle-income countries: A systematic review”
American Psychological Association, “Report of the 2009 Presidential Task Force on Psychology’s Contribution to End Homelessness”
The Guardian, Esther Entin