Mental Health Around the World

Just as attitudes toward mental health vary between individuals, they also vary between countries. Part of becoming a caring counselor is learning how different factors influence a culture’s view and handling of mental illness. For example, religious teachings often shape how particular cultures understand and respond to mental health issues. How is mental illness perceived around the world, and what are some of the consequences of those perceptions? 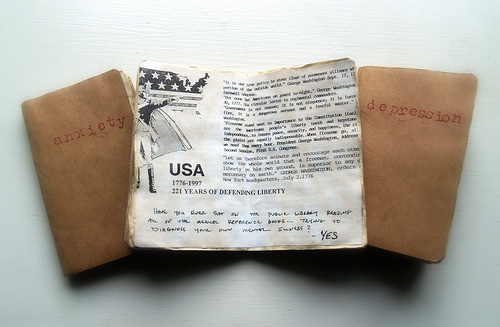 Unfortunately, mental illness goes undiagnosed in both developed and underdeveloped countries. A 2004 study of 14 countries found that, while mental illness affects approximately 26.4 percent of people in the United States, only 4.7 percent of Nigerians reported suffering from poor mental health. However, experts believe that the number is actually much higher.

Citizens of a war-torn West African country are probably less likely to open up to strangers about negative thoughts and feelings compared to people in the U.S., who are freer and more accustomed to speaking their mind. If those in need of mental healthcare in less open cultures aren’t diagnosed, then they can’t be treated.

The same study reported that 36 to 50 percent of people in developed countries with serious mental illness symptoms remain untreated, and between 76 to 85 percent of those with mental illness in developing nations are left untreated. Under-treatment is largely a result of inadequate healthcare coverage or lack of access to healthcare altogether.

In countries such as India, limited healthcare coverage is only part of the reason many victims of mental illness don’t receive treatment. Because many people believe mental ailments are caused by curses or demonic spirits, those who suffer are often deterred from seeking treatment for fear of being ostracized. Such is the case in many other countries as well. While evil eyes and demons may not be viewed as the root cause, the result is much the same — stigmatization of mental illness.

Hidden and unhidden stigmatization of mental illness is found all over the world. Asian cultures, for example, tend to value social conformity and the preservation of family honor, so a lapse in mental health may be considered shameful. Even Western culture perpetuates the idea that mental illness is something to be hidden, resulting in thousands of needless deaths every year due to victims not receiving treatment that could have helped.

Obviously, something needs to change if we are to improve the global mental health standards. The cost of leaving mental illness untreated is staggering, approaching nearly $200 billion in lost earnings per year in the U.S. alone, not to mention the many lives lost each day. Before we can implement better healthcare systems and learn to allocate resources toward helping victims of mental illness, we must first change global perceptions of mental health by viewing mental illness as a real condition with real consequences.