The Importance of Mental Health Awareness 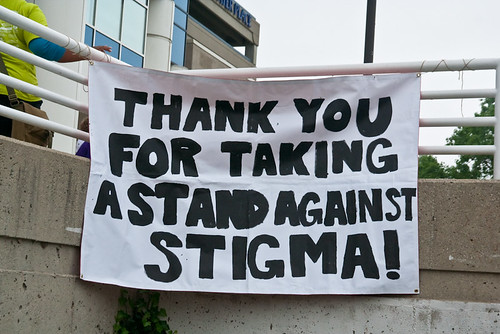 According to the World Health Organization (WHO) more than 264 million people of all ages around the world have some sort of depression. While this number represents the global population, the contributing factors surrounding depression strike a similar chord, from anxiety and drug and alcohol use disorders, to biological issues such as bipolar affective disorder.

Regardless of where it originates, depression can lead to devastating consequences. The WHO reports depression can lead to suicide, something that costs close to 800,000 lives per year. This statistic alone underscores the importance of mental health awareness. Despite this, conditions such as depression and other mental health issues have had stigmas attached to them. Often, seeking help is seen as a sign of weakness or something that evokes shame. Have these stigmas changed in recent times?

Mental Health Stigmas: What Are They?

Mental health stigmas can often come from either a place of fear or a lack of understanding. Unfortunately, this combination can foster a negative view of individuals who are dealing with mental health issues.

The concept of mental health stigma is more nuanced than one catch-all attitude. The American Psychiatric Association (APA) lists three different types of stigmas. The first type, public stigma, refers to the negative attitudes others possess about mental illness. The second type, self-stigma, involves the negative attitudes that people with mental illness have regarding their own illness. The third type is institutional stigma. This is a systemic stigma involving private and government agencies limiting treatment opportunities for mental illnesses via actions like lowering funding for mental illness research.

While public and institutional stigmas generate from outside sources, self-stigma comes from within. Those with self-stigma may feel they are victims of discrimination, and they may subsequently act like victims and encourage others to treat them differently. Qualified counselors may be able to help people with mental disorders to cope with the stigmas that exist, including self-stigma.

The History of Mental Health Stigma

For centuries, mental health disorders have been met with a negative perception around the world. According to the mental health website VeryWell Mind, societies dating back to the Neolithic era have thought of mental illness as something nefarious, like a manifestation of a moral punishment or an evil spirit. These beliefs often led to treatments that relied on brutality instead of seeking understanding.

While these beliefs have fallen away in contemporary times, the United States’ approach to treating mental health has left room for stigmas to continue. The country’s institutional inpatient care model, which was founded in the 19th century, resulted in people being placed in facilities that offered unfortunate living conditions and were underfunded and understaffed. These environments inadvertently created a negative view of mental health itself and those who suffered from various mental health conditions.

There have been several milestone improvements in American mental health treatment. These include sweeping institutional reforms and government policies, such as the National Mental Health Act in 1946, and the formation of advocacy groups like the National Alliance for the Mentally Ill (now known as National Alliance on Mental Illness) in 1979. In spite of these improvements, the remnants of how poorly mental health issues were treated in the past still leaves a mark that has not been erased.

Why Is Mental Health Awareness Important?

An increasing awareness of mental health helps society work toward eliminating its stigmas, but it does much more. For instance, developing a greater understanding of mental illness can allow people to recognize those in their lives who may be dealing with anxiety, depression, or other conditions that affect their mental well-being. This could even include a self-realization of their own mental health conditions.

Additionally, increased awareness could lead to a greater push for mental health advocacy. Organizations such as the National Alliance on Mental Illness (NAMI) and events such as Mental Health Awareness Month are instrumental in advocating for a greater understanding of mental health and eradicating mental health stigmas.

The Power of Providing Help

Reducing the stigmas surrounding mental health can be a vital step toward an individual seeking treatment. Once that step is taken, a qualified professional in a counselor role can gently guide clients toward coping with their condition and improving their well-being. The ability to help others through this journey makes a career in counseling one that can be immensely satisfying.

Wake Forest University’s online Master of Arts in Counseling program can be a vital component of your journey toward a counseling career. The program is carefully designed to help you elevate your knowledge and skill set, so you can emerge not only with an advanced degree, but with the confidence to help others improve their lives.

Learn how Wake Forest University can prepare you for a career in counseling.

Tips for Coping with Morning Anxiety

National Alliance on Mental Illness, Who We Are

VeryWell Mind, What Is Stigma?