Do “Trigger Warnings” on School Campuses Help? Counselors and Students Weigh In 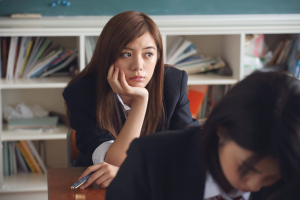 Over the past few years, the concept of trigger warnings in course materials has caused serious debates in higher academia. While some leaders are in favor of providing a space where students can be themselves without criticism or judgment, and approve of providing trigger warnings for the potentially traumatizing subject matter, others argue that creating safe spaces can stifle classroom debate and prevent students from grappling with difficult concepts.

The crux of the debate stemmed from a recent letter addressed to an incoming freshman class at the University of Chicago, written by the dean of students, John Ellison. Ellison argued that students should not expect trigger warnings in their classes at the college.

“Our commitment to academic freedom means that we do not support so-called ‘trigger warnings,'” Ellison wrote. “We do not cancel invited speakers because their topics might prove controversial, and we do not condone the creation of intellectual ‘safe spaces’ where individuals can retreat from ideas and perspectives at odds with their own.”1

Counselors, however, may have a different viewpoint from other academic leaders regarding trigger warnings, as counselors directly serve students and help them to address their mental health needs. In fact, trigger warnings and safe spaces may serve a functional purpose in today’s college campuses, and the pushback may stem from a fundamental misunderstanding of the purpose of trigger warnings.

Some administrators subscribe to the belief that trigger warnings prevent individuals from grappling with difficult or uncomfortable materials, but Elana Newman, Ph.D., research director for the Dart Center for Journalism and Trauma and professor at the University of Tulsa, argues that triggering material isn’t simply something that might offend students.

“Being [made] uncomfortable by topics or values or things that upset you is very different than having a symptomatic mental health response,” says Newman.2

Students with a history of trauma (like sexual assault, emotional or physical abuse, war, etc.) or someone with PTSD may feel particularly sensitive or hyper-aware of words or images that could reintroduce that trauma into their day-to-day lives. For those who have experienced trauma, trigger warnings help them to avoid fight-or-flight modes that occur when they are exposed to words or imagery that remind them of the trauma.2

Trigger warnings can also help students who are recovering from mental illnesses, suicidal tendencies and eating disorders. When someone has a history of any of these issues, being unexpectedly exposed to imagery or content that deals with that history can cause harm or even relapse — not just discomfort.

“Let’s say there’s somebody who is recovering from bulimia and hasn’t purged in some time,” says Andrea Bonior, Ph.D., a clinical psychologist and adjunct professor at Georgetown University. “And they’re watching a random video in class that out of nowhere makes light of a bunch of women vomiting after they’ve eaten lunch or something like that. Because it caught them off guard, they might very well start thinking down those lines again.”2

The same logic could be used for those recovering from addiction, suicidal tendencies or self-harm, Bonior argues.

“When someone is recovering from a suicide attempt or suicidal urges, that can be very, very sensitizing to read portrayals of somebody who is suicidal,” Bonior continues. “It can start them down the path of more suicidal ideation if that person is in recovery.”

Addressing the concerns of students who may be negatively affected by traumatizing material doesn’t mean that colleges need to limit the discussion of potentially triggering topics, such as rape, murder, war, abuse, racism, eating disorders or alcohol.

“I think what a lot of people hear is that we’re never going to teach a course about [a particular issue], and that it’s interfering with academic freedom,” says Ruth Goldston, Ph.D., a New Jersey-based psychologist. “And I just don’t think it’s doing that.”2

Instead, a trigger warning should function in exactly the way it is defined: a warning to students who may need time to prepare (mentally, physically or otherwise) so that they can best engage with challenging and emotional course material in a controlled setting, rather than being blindsided in a public space with their fellow classmates.

This kind of care gives students the opportunity to prepare themselves for what may be difficult or traumatizing reading, notes Jasmine Mithani, an undergraduate student at the University of Chicago in response to Dean Ellison’s comments regarding trigger warnings.

“I was in an English class last year that was reading The Autobiography of Red,” Mithani writes. “Having recently reread it, I emailed my instructor asking if she would inform the class that the book described incestual sexual abuse – something not at all expected from a lyric based on a very short Greek myth. She immediately responded in the positive, and at the end of the next class she told us to take care with the reading, as there were depictions of sexual abuse and incest. That’s it. This experience restored my faith in the instructors at this university – their empathy, their care for the wellbeing of their students, and the respect they have for the integrity of their pupils. Trigger warnings are not about oversensitivity – they are about empathy, and recognizing the varied experiences of all students at this university.”1

“If you’re going to claim you can’t be exposed to [something], what are you doing actually and actively to work on that right now?” asks Bonior.2

Through treatment, students may be able to better process that particular trauma. With the help of mental health experts, those who have had traumatizing experiences may be able to overcome them, to the point where trigger warnings are no longer necessary.

Other mental health experts note that students may want to visit their school’s disability services office, especially if their triggers become particularly debilitating.

“If you suffer from PTSD in particular, it is a disability,” says Newman. If you’re undergoing professional treatment for that particular disorder, your professor is required to make accommodations under the Americans with Disabilities Act. Those accommodations can include trigger warnings.2

“People don’t think twice about submitting documentation about a learning disability,” said Nance Roy, EdD, clinical director at the JED Foundation and assistant clinical professor at the Yale School of Medicine’s Department of Psychiatry. “Why should this be any different?”2

The debate among leaders in higher education is likely to continue. For those who hope to advocate for students who are victims of trauma, earning a Master’s in Counseling at Wake Forest University is the first step in being able to advocate for these students.

Serving Humanity: Career Opportunities in Mental Health
What Is Clinical Mental Health Counseling, and Why Is It Important?
What to Expect in Counseling Courses

1Inside Higher Ed, The Chicago Letter and Its Aftermath
2 Buzzfeed News, 10 Things Psychologists Want You To Know About Trigger Warnings