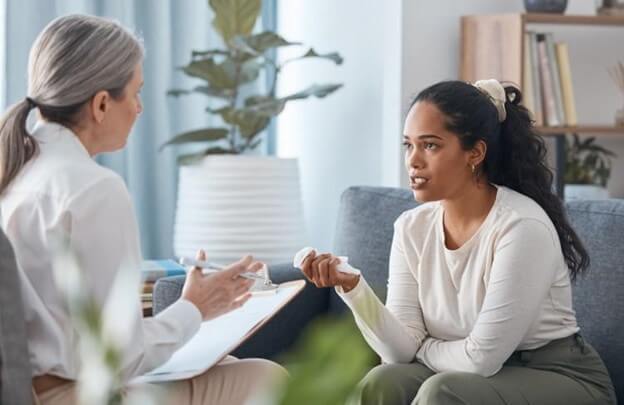 Mental health disorders are some of the most common conditions that affect Americans today. According to the most recent statistics provided by the National Institute of Mental Health (NIMH), 1 in 5 adults in America experience mental illness, and nearly 1 in 25 live with a serious mental illness.

Some of the most common mental health conditions include obsessive-compulsive disorder (OCD), schizophrenia, bipolar disorder, anxiety disorder and clinical depression. To illustrate how common these conditions are, the NIMH reported that approximately 21 million U.S. adults (8.4% of the population) suffered from at least one major depressive episode in 2020.

Coping with a depressive illness or mental health disorder is already a challenge. It can adversely affect a person’s quality of life and ability to function, and hinder their ability to form and maintain personal relationships.

Mental health professionals, whose advanced education equips them to be advocates for those struggling with such conditions, are an equally important of this effort.

What Are the Stigmas Surrounding Mental Health?

When a person breaks a bone, gets a concussion or is diagnosed with cancer, the public response is typically sympathetic. The majority of physical injuries and illnesses aren’t stigmatized. The same can’t always be said for mental health issues. Some of the main stigmas surrounding mental health issues include:

The stigmas surrounding mental health disorders can come from a variety of sources, ranging from self-stigma to public stigma from external sources such as family members or classmates. Institutional stigma is another form, which involves systematic stigmatization at the policy or organizational level. Because of this, any approach to destigmatizing mental health must address those affected as well as the general public and the systemic response.

What Are the Effects of Mental Health Stigmatization?

Deterring people with mental illnesses from seeking treatment is perhaps one of the most dangerous potential impacts of mental health stigmatization. Forgoing treatment can lead to disastrous consequences. According to the most recent data from the Centers for Disease Control and Prevention, 46% of those who commit suicide in the U.S. have a known mental health condition. Effectively destigmatizing mental health issues could lead more people to seek the help they need, potentially reducing the country’s suicide rate.

What Are the Keys to Destigmatizing Mental Health?

Clearly, mental health disorders are exacerbated by their stigmatization. This begs the question: “Why is there stigma around mental health disorders in the first place?” According to the American Psychiatric Association, much of the stigma stems from fear and ignorance. Misleading or inaccurate portrayals of mental illness in the media only make matters worse.

For those wondering how to reduce mental health stigma, some best practices include:

When discussing and addressing mental health issues are normalized — as they are for physical injuries and illnesses — those struggling with mental health may feel more empowered to get the treatment they need.

The Role of Public Figures in Destigmatizing Mental Health

A number of public figures have used their massive platforms to openly discuss their own mental health challenges as a means to educate the public. Examples include:

By openly discussing their mental health issues, these figures are helping to increase public awareness and understanding. Their advocacy is aided by the fact that they have platforms that enable them to reach millions of people. Lady Gaga, for instance, has more than 84 million followers on Twitter alone.

When celebrities use their notoriety, influence and massive reach to educate and normalize discussing mental health issues, it plays a part in destigmatizing them. Additionally, it may lead others to seek support for their own mental health struggles.

In an article for Healthline, Allison Forti, Ph.D., associate professor and associate director of online counseling programs at Wake Forest University, said, “When a celebrity draws attention to their personal struggles with mental health, they spread awareness by providing an example of what mental health challenges psychologically, cognitively, and behaviorally look like. They also inspire the courage it takes to disclose their challenges and model the benefits of transparency — namely, they don’t have to be alone in their suffering, help is available, and pathways exist toward feeling better.”

Become an Advocate for Mental Health

For those who want to be part of the solution, one way to make a difference is by pursuing an advanced education focused on mental health, such as Wake Forest University’s online Master of Arts in Counseling program. It features a clinical mental health concentration that prepares graduates to work closely with individuals who are challenged by mental health issues. Graduates of the program can go on to have careers as mental health counselors, substance abuse counselors and family/marriage counselors.

Take the first step toward a rewarding career in mental health with Wake Forest University.

How to Become a Marriage and Family Therapist: Why a Career as a Counselor Can Be Fulfilling

Tips for Coping with Morning Anxiety

Types of Eating Disorders and How Counselors Can Help

Centers for Disease Control and Prevention, “Suicide Rising Across the U.S.”