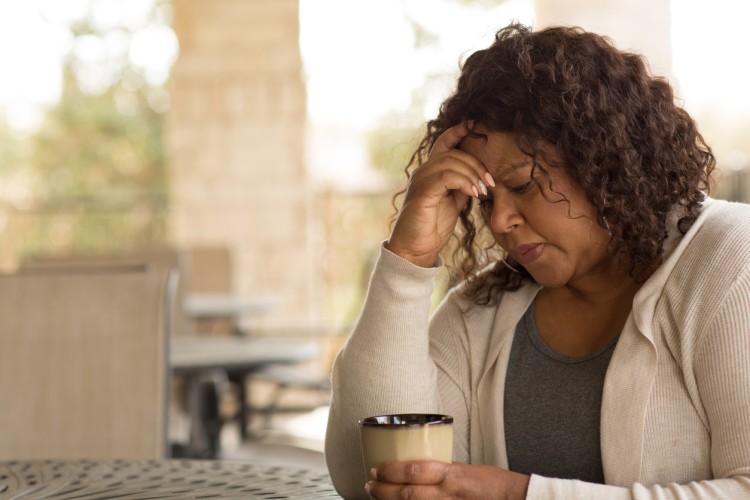 Mental health problems exist across racial, ethnic and cultural lines, impacting individuals from all walks of life. However, these issues don’t necessarily impact communities proportionally. Black Americans, in particular, may face mental health obstacles at a higher rate than other groups, something that U.S. Department of Health and Human Services data makes clear. As a WebMD article puts it, Black people are also less likely than white people to seek and receive the treatment they need.

For Black individuals who struggle with depression, suicidal thoughts or other mental health problems, some valuable resources may provide relief.

Depression in the Black Community

One of the most common Black mental health concerns is depression. While this condition can impact anyone, some unique factors can shape the impact of depression on the Black community.

Depression is a mental health condition that’s both common and serious. The condition can negatively impact how an individual thinks and behaves. While people experience depression in different ways and to different degrees, the condition is typically characterized by feelings of prolonged sadness or loss of interest in activities that once brought pleasure and meaning.

According to Mental Health America, more than 19 million Americans struggle with depression, but Black Americans are overrepresented in this number.

Depression can have categorical causes, such as genetics or substance abuse. Incidents of abuse or loss may also cause feelings of depression. The COVID-19 pandemic has brought about general anxiety that’s led to an uptick in depression, something that’s true across racial and cultural lines.

With that said, some causes of depression are unique to the Black community. In particular, depression can be a reflection of systemic and nonsystemic racism or ongoing reckonings with police brutality.

Sadly, depression is often undiagnosed or misdiagnosed in the Black community, due to both the stigma surrounding mental illness and the distrust of mental health treatment systems.

Resources for Coping with Depression

For any Black individual who suffers from depression, resources exist that may help. Consider the following:

Suicide in the Black Community

Like depression, suicidal ideation may have several potential factors, some of them pertaining to race. The most common risk factors include the following:

Additionally, experiences with systemic or nonsystemic racism, including abusive policing, may be factors that contribute to suicide and its higher frequency in the Black communty.

Several resources offer support to Black men, women and children who have considered suicide. Begin with these:

Some mental health problems impact Black women at an especially high rate. Depression is first on the list.

Causes of Depression in Black Women

As previously mentioned, depression has several categorical causes, which aren’t necessarily unique to Black women. For example, depression may be a simple matter of genetics. It may also result from situations of abuse or family dysfunction.

However, ample evidence exists that Black women face depression at a high rate and that multiple factors contribute to this. As an article at Psych Central puts it, Black women have a high risk for major depressive disorder (MDD) due to such factors as racial and gender discrimination, poverty and single parenting.

Prevalence of Depression and Anxiety in Black Women

The same Psych Central article notes that more than 4% of Black people express symptoms of depression, compared with 3% of white people. The article also reports that “just 7.6 percent of African-Americans sought treatment for depression compared to 13.6 percent of the general population.”

Johns Hopkins Medicine offers further context: Women are twice as likely as men to suffer from depressive episodes, but only half as likely to seek treatment for them.

According to Johns Hopkins Medicine, many Black women have a difficult time overcoming cultural beliefs that only “weak” people need counseling or antidepressant intervention and that admitting to symptoms of mental illness means a person is “crazy.” The National Council for Behavioral Health summarizes this unique stigma.

Another reason Black women are reluctant to seek the treatment they need is that they’re often so busy caring for other people, including their children or elderly parents, that they simply don’t have time to care for themselves.

Learn more about the mental health struggles that Black women face from these resources:

The Congressional Black Caucus has called black suicide a “crisis,” and a USA Today article confirms that suicide attempts among black adolescents have risen by 73% since 1991. During this same period, the rate of injury from attempted suicide by Black boys has risen by more than 122%.

White adolescents and teens die by suicide at a higher rate, but, according to the article, “the rate of black youth suicide is increasing faster than any other racial or ethnic group. Black youth under 13 were twice as likely to die by suicide than their white counterparts.”

There are a number of factors that contribute to these high numbers of Black suicide rates, including encounters with systemic racism and police brutality, as well as the disproportionately high rate at which Black families have been impacted by COVID-19. Additionally, mental health problems are often linked to individuals who grow up in low-income settings.

Something else that contributes to this higher rate of suicide among Black children and teens is that there can be racial disparities in access to mental health treatment as well as pediatric care. Black children are simply less likely than their white counterparts to have access to the treatments they need for dealing with anxiety, stress and depression. Systemic barriers significantly limit the ability of Black people, including Black children, to get the care they need.

One of the reasons mental health problems are so common in Black communities is the significant barriers to seeking treatment.

Some of these barriers are socioeconomic. In lower-income Black communities, families may not be able to afford counseling or have health insurance access that they could use for treatment and pharmaceutical intervention. Additionally, low-income schools may not have the kind of counseling programs that children need to improve their mental well-being.

Additionally, mental health stigmas in the Black community persist,  including the widely held belief that to seek treatment for a mental health disorder is to admit a weakness.

Resources for Overcoming These Barriers

The good news is that resources are available to help overcome these barriers. Examples include the following:

Mental health disorders can impact anyone, but especially Black Americans. The right resources can facilitate a better understanding of mental health disparities, and provide guidance and solutions for overcoming them.

Learn More About Our Online Master of Arts in Counseling - Clinical Mental Health Counseling
Apply Now
X
X
Get Program Details
This will only take a moment.