13 Reasons Why, and the Role of the School Counselor to Combat Teen Suicide 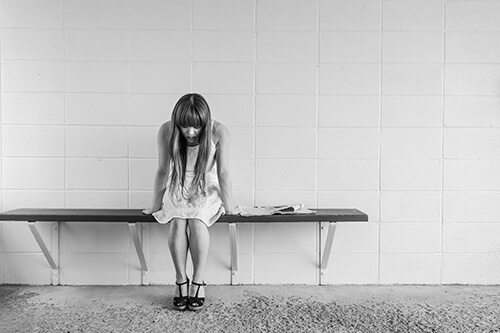 The Netflix adaptation of the series 13 Reasons Why made a startling debut this summer, sparking a wealth of discussion in the mental health community about teen suicide. The 13-episode series, based on a young adult novel by Jay Asher, addressed issues that many students face in today’s schools, including bullying, sexual and emotional assault, and teen suicide.

Since the release of the Netflix series, many counselors have been working diligently to help destigmatize discussions around teen suicide, especially due to the controversial and graphic portrayal of the main character’s death.

“The premise of the show, which treats Hannah’s death as something caused by the actions of other people…goes against everything we know about suicide, its causes, and means of prevention,” writes Slate author Marissa Martinelli. “It places the responsibility for a person’s suicide on the survivors of suicide loss, creates a false illusion that a suicidal person can be in control after her death, and offers up no alternatives for Hannah besides killing herself.”

Although many have cited problems with the way the series depicts teen suicide, the immense popularity of the show has provided a more accessible means of addressing mental health and suicide with students, parents, and other faculty.

“It opens up that dialogue and really reinforces that school counselors are here, not just for scheduling or college applications,” says Yurida Nava, a counselor at Riverside Polytechnic High School in Riverside California. “We really are here to help kids with their mental health issues.

How Prevalent is Suicide Among Adolescents?

According to the Centers for Disease Control and Prevention, suicide is the second leading cause for deaths among adolescents 15-19 years of age.2 In 2012, suicides among teens between ages 15 and 24 accounted for 10.9 percent of all suicides in the United States. This wasn’t always the case. In fact, throughout the 1980s and 1990s, adolescent suicide trends had decreased drastically.

“It had been decreasing almost steadily since 1986, and then what happened is there was a turnaround,” Sally Curtin, a statistician with the National Center for Health Statistics, a branch of the CDC tells NPR.

Suicide as an overall trend decreased across age groups, in part, due to doctor prescribed antidepressants that were more effective in managing depression symptoms with fewer negative side effects. But in 1999, suicide among teen populations began to slowly increase.

Since then, Curtin notes, the suicide rate has risen by 25 percent among all age groups under the age of 75. And although people of all ages of are at risk, young people, and in particular girls ages 10-14 are particularly at risk.

While death by suicide is infrequent, the American Counseling Association notes that depression and thoughts of suicide are disturbingly common among high school adolescents.

“In 2013, 29.9 percent of high school students felt so sad or hopeless every day for two or more weeks that they stopped doing some usual activities, 17 percent seriously considered suicide, 13.6 percent made a suicide plan, 8 percent attempted suicide, and 2.7 percent sought medical treatment for a suicide attempt,” according to studies compiled by the ACA. “Risk to youth varies by gender and ethnicity; for example, thoughts of suicide were nearly double among females compared to males, but males accounted for four out of five deaths by suicide among young people. Youth who identified as American Indian/ Alaskan Native were at increased risk of death and Hispanic/Latino(a) youth were at increased risk of suicidal thoughts.”

The reasons behind the increase in teen suicidal tendencies are varied and complex. Online and face-to-face bullying, increased social media usage, and a lack of necessary access to mental health care are among primary concerns that mental health experts are exploring. Other experts have noted that physicians are likely reluctant to prescribe antidepressants to teenagers, even if they’re suffering from depression.

Though more studies are being performed, teen suicide remains a complex issue that will require more critical thought before solutions are reached on a large scale level. While this research is being conducted and analyzed, school counselors offer meaningful solutions in order to curb this trend.

What Can Counselors Do To Help?

As the first responders to students’ mental health needs, school counselors are the most equipped to effectively help students combat suicidal tendencies, and healthily cope with problems they face at this trying stage in their life. Because of their age, adolescents and young adults are particularly at risk for suicide.

“Young people lack the perspective of time…For kids, their problems can seem endless at this stage,” the Counseling Department at Shawnee Mission South High School wrote to parents. “If we get them through the crisis, they are very unlikely to attempt suicide.”

There are a number of things that counselors can do in order to accomplish these goals.

Part of the counselor’s job is to be aware, and to help others be keenly aware of the risk factors associated with teen suicide. For some, these risk factors are genetic, while others may present themselves when students experience physical or mental distress.

According to Web MD, the most common risk factors for suicide in adolescence are as follows:

In addition, experts in suicide prevention have noted that there are a number of signs which indicate suicidal behavior in the near future. Those can include:

In addition to recognizing the risk factors and warning signs associated with teen suicide, counselors are also responsible for maintaining a school environment that adequately meets the needs of students who may be suffering from mental health issues.

School counselors have a unique opportunity to intervene in teen suicide by ensuring that their schools have the processes and procedures in place to support their young students at every stage: prevention and preparation, intervention with at-risk students, and postvention.

According to the ACA, prevention and preparation activities are targeted toward enhancing coping and resourcefulness among students, their peers, and staff. In essence, counselors prepare students, staff, colleagues, and parents to recognize warning symptoms for suicidal behavior. From there, counselors can recommend a number of services that aim to help adolescents cope with depression, bullying, and other issues that can escalate into suicidal tendencies.

The second type of school suicide intervention is focused on providing care to students who have expressed thoughts of suicide or have engaged in potentially suicidal behavior.  Intervention from counselors will depend on school district policy, but can include some of the following evidence-based solutions.

The Applied Suicide Intervention Skills Training program is one such solution in intervening with suicidal teenagers, and teaches counselors how to appropriately connect, understand, and assist students through these challenging times. The end goal aims to equip counselors with the skills necessary to develop plans for individual students that help them connect with peers, adults, and community partners in order to save lives.

Those that undergo this kind of training are more likely to be able to successfully help students cope with suicidal tendencies.

Should these preventative practices fail to take hold, school counselors can make a positive difference by providing students and communities with supportive services that help aid future prevention efforts.

“Systematic evaluation of school based postvention programs has yielded limited evidence of effectiveness,” notes the ACA. “One strategy demonstrated to be helpful is immediate and appropriate response by authority figures in the school. Crisis intervention training of gatekeepers within the school setting may help decrease expression and suicide rates following a suicide death by equipping teachers and administrators to appropriately respond to a crisis.”

School counselors are often the first accessible professionals for students who are coping with suicidal thoughts or tendencies. As the gatekeepers for mental health in today’s high schools and colleges, counselors are some of the most equipped to combat this troubling trend.

For those who are interested in helping students of all ages cope with their struggles in healthy ways, Wake Forest University’s Online Master of Arts in Counseling provides students with the training necessary to make a difference in students’ lives.